With combined backgrounds and degrees in early childhood education, child development and music, this trio, has achieved international stature as leaders in the children’s educational music industry. They presently have a collection of 31 award-winning audio and video releases and they have published over 400 children’s songs that are part of educational curriculum world-wide.

They have produced and recorded children’s music releases for Conscious Disciplines, Dr. Becky Bailey, KIDS FIRST/University of Arkansas for Medical Sciences, Kimbo Educational and The Bureau for at Risk Youth. In their over 29 years as children’s recording and performing artists, they have presented over 500 keynote, feature and workshops presentations and performed over 4,500 concerts across the nation. Their wholesome project is founded upon their campaign that promotes — “Healthy Music for a Child’s Heart, Body & Mind“.

The Learning Station has received only the highest accolades from leaders in the educational community; AEYC organizations, parent associations, Head Start, Chapter 1, Child Care Management organizations and library groups spanning the globe. Their music has received numerous outstanding awards including:

They have been honored with personal merit recognition including “Louisiana Friends of Children” for their support of children and education in this region after the devastating hurricanes, “Good Will Ambassador” from the North Little Rock AEYC for their heroic conference effort made after 9/11, and a ceremonial bestowal of recognition from Arnold Palmer’s Children’s Hospital, Paul Newman’s Hole in the Wall Gang Camp, Special Olympics and St. Johns Island of Newfoundland, Canada. In 2008, The Learning Station entered their 21st year as feature presenters for the NAEYC Conference, the world’s largest professional organization which promotes excellence in early childhood education. 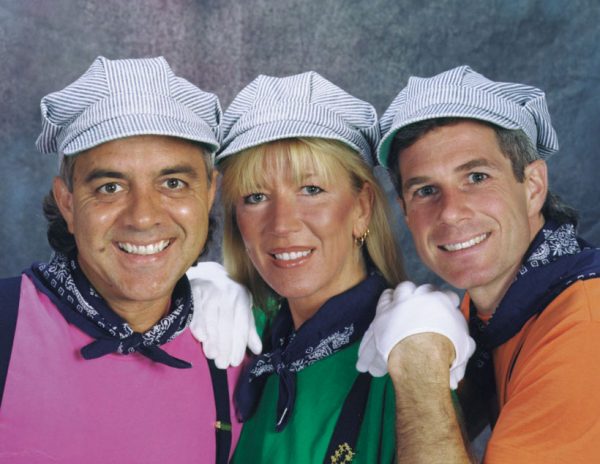 Sign up with your email address to receive our Learning Station Newsletter
We don't share your email and only send to you about 1 time per month.